Nature does not hurry, yet everything is accomplished.

Precautions for the use of common PCR sealing film

Precautions for the use of common PCR sealing film

With the long-term raging of the epidemic, the amount of reagent sealing plates and pcr sealing films used in nucleic acid detection applications in the market is increasing. The so-called reagent sealing films are generally used for testing samples after they are stored in the detection PCR test plate through heat sealing or Pressure-sensitive and other technologies cover the preserved film, and this kind of sealing film is generally required, and the common problems of sealing aluminum foil cover film are generally such as delamination, bulging and wrinkling, and heat sealing cannot be peeled off. Common pcr sealing film use methods have the following points to pay attention to:

How to use pcr sealing film?

1. The peeling strength of the sealing film of the pcr board is poor. Due to the coating amount of the composite agent being too low or too thick, as well as the uneven coating and other factors, the composite fastness between the layers of the composite film is poor, which is higher than the heat sealing strength. High seals are prone to delamination. When this happens, the whole reagent detection plate will be scrapped, because the problem of delamination will cause the residual composite sealing film to cause the plate blocking phenomenon, so that the detection instrument cannot effectively extract the detection sample or complete the entire puncture link. , it can be said to be a devastating blow to the testing experiment, resulting in serious trouble in re-sampling the retained test samples. 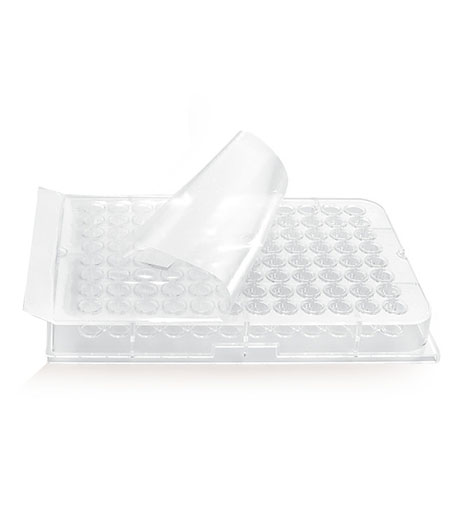 3. Separation after sealing the film: Generally, this situation is caused by the insufficient technical level of the heat sealing machine. The sealing film and the pcr test board are changed due to contact with air, moisture, high temperature and other factors, so that separation begins to occur at the edge. First of all, there is a gap between the sealable reagent film and the PCR experiment due to insufficient heat sealing technology. At the same time, in many cases, it is due to the wrong choice of the compounding agent or the poor heat resistance of the compounding agent. cause separation after storage.

Based on the above-mentioned common problems of pcr plate sealing film, it is recommended that you first first understand whether the reagent sealing film provided by the supplier can meet the above requirements when selecting the reagent film sealing plate, so as to avoid subsequent problems in the detection process. recovered losses.

If you are looking for PCR sealing film, feel free to contact us.